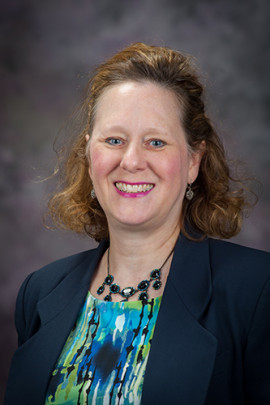 Lisbeth “Beth” Bailey, assistant director, director of programs of the K-State Student Union has announced her retirement effective Dec. 11, 2020. A virtual celebration is scheduled from 2:30-4 p.m. Friday, Nov. 13 via Zoom.

Bailey joined the Union in 2004 and has advised the Union Program Council for the past 16 years. During her time at Kansas State University, she has mentored and advised hundreds of students, developed countless staff members, planned thousands of events and contributed to the continued success of the out-of-classroom experience at the university.

Under Bailey’s leadership, UPC has planned and delivered impactful events to students ranging from major concerts and comedians to diversity and inclusion awareness programs as well as representation at large-scale university events such as Family Day and Open House.

Bailey served in multiple regional and national volunteer roles for the Association of College Unions International (ACUI), the professional home to thousands of campus community builders around the world, including conference planning teams, educational session presentations, mentor roles and as regional director. The association awarded her with the William H. Smith Distinguished Service Award in 2013.

K-State faculty, staff or students who would like to attend the virtual celebration may register here to obtain the Zoom link and password. Anyone wishing to send virtual congratulations and well wishes may do so here.