The Union and its various organizations recognized students and staff for their outstanding contributions in a virtual awards ceremony on May 3, 2021. The recognition video honoring these individuals can be viewed here or below, or scroll to see a text list of the winners. Learn more about these awards and past recipients on our Awards and Recognitions page.

Committee of the Year: After Hours

The Employee Achievement Award recognizes employees that exemplify and embody the mission and values of the Union.

Jeff White was nominated for stepping up to manage Union Engraving Services and demonstrating exceptional customer service - when a customer came in outside of engraving business hours, he completed the order on the spot.

Brooke Colglazier was nominated for providing an exceptional level of detail in her building manager reports, including the issues she encountered while working and also what she did to resolve them.

This scholarship perpetuates the memory of Stanley L. Winter on the campus of Kansas State University and provides educational opportunities and assistance for upper-level students who possess exemplary attributes in scholarship, fellowship and character. 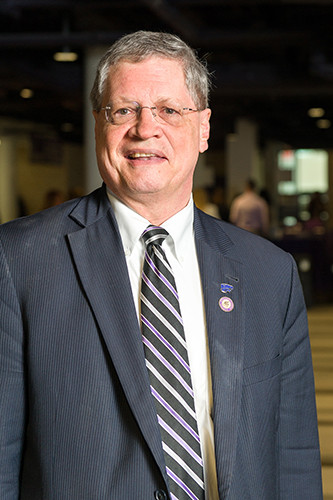 The Vision Award identifies and extends our sincere appreciation to the individuals in the history of the Union whose efforts, commitment, influence and dreams energized the growth and service of our student union.

Bill Muir has been an unwavering supporter of the K-State Student Union for more than 20 years. He graduated from Kansas State University in 1977 with a degree in business administration, and served as the Union Governing Board (UGB) faculty representative from 1997 through 2008. After retiring in 2011 as the K-State assistant vice president for student life, he was given the title of assistant vice president emeritus. Muir accepted the invitation to return to UGB as a non-voting member in 2016. For the past five years, he accepted the request to return to the board each year to offer historical context as the group seeks to resolve new challenges. In addition to his role on UGB, Muir is involved in the review committee for the Stanley L. Winter Alpha Tau Omega Leadership Scholarship. He has been heavily involved in his fraternity, Alpha Tau Omega, over the years, holding both national and chapter offices. Muir continues to offer support and encouragement in every way possible to advance the mission of the Union.